Last week the second Open Day Photogrammetry (ODP) took place in Magdeburg. This year many service providers & manufacturers came together and showed our customers Photogrammetry to touch and try. Meanwhile, the ODP has become an important event in the German-speaking scene.

The following were present as service providers:

and as manufacturer among others: 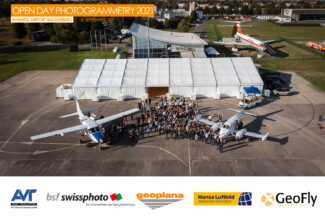 Hansa Luftbild participated with the Cessna 404 survey aircraft and the Trimble MX9 Mobile Mapper system. In addition, we conducted workshops „Processing LiDAR Data“ and „Exploring Mobile Mapping Car„. I myself gave a presentation on „Mobile Mapping – on the way to the digital twin„.

The survey plane was fully packed with technology in its two hatches: Vexcel Imaging Ultracam Eagle Mark 3 & IGI UrbanMapper 2 performance. A RIEGL 780-ii including PhaseOne camera could be touched and marveled at the Workshop.
Selected customers were able to observe the systems in a demo flight above the beautiful city of Magdeburg in best weather conditions. This was very well received by clients. So you could see what all is involved in a professional aerial survey flight.

The basic component of the Hansa Luftbild Mobile Mapping vehicle is a high-performance Trimble MX9 system (manufactured in Germany:-) ). In addition, the Hansa Luftbild specialists have built 10 additional cameras on the vehicle in cooperation with Allterra. These cameras can be operated in different combinations to produce planar, stereo or panoramic images. Through this additional information, the dense pointcloud, made by 2 RIEGL VUX scanners with 1 million PRR each, is even more interesting. (BTW: a very nice german word for mobile mapping: „Straßenzustandsbefahrung“. 🙂

Other interesting presentations included: „Aerial survey flight with pressurized cabin and protective glass“ [held by AVT].
With the increased use of turboprop aircraft and powerful sensors for efficient data acquisition, this is becoming more and more important. Does the protective  glass have any influences on photogrammetric accuracy? This is certainly an area where we will have many theoretical discussions with state survey authorities in the upcoming months, even if well known Schott BK glass is used. (more).

Vexcel presented its roadmap „UltraCam, the 4th generation“. The new Ultracam Condor 4.1 is coming on Sept. 21.
In fall 2022 the new UC Eagle in version 4. The Osprey 4.1 has already been available since spring.

Many other presentations can be viewed here. A large arsenal of aircraft and sensors was to be admired:

At this point I would like to personally express my thanks to Antje & Aicke and the whole Geofly team for the professional organization of the event – It wouldn’t happen without you! I think speaking on behalf of all exhibitors, clients and visitors: it was again a perfect event. In the coming years the event will be continued. Always somehow around the Intergeo & PhoWo, perhaps at changing locations, whereby the Business Airport Magdeburg is definitely an ideal place. Maybe the event will become more European or even international.
[Images courtesy of GeoFly GmbH]

Lastly, some personal news and changes:

As much as I have enjoyed my time at Hansa Luftbild, it is time for me to move on to my next adventure.  I gave my notice last Friday after ODP.

The „True Course“ for a bright future at Hansa Luftbild has been already set -> full throttle forward & max. rate of climb…

After the „reboot“ of the company two years ago, modern, very efficient sensors are now in the portfolio, a renewed crew plus the experience of almost 100 years of Photogrammetry are a good base for further development of Hansa Luftbild back to one of the leading aerial survey & mapping companies in the world. Hansa Luftbild is well positioned for a bright future. I personally wish the team of the new Hansa Luftbild all the best. 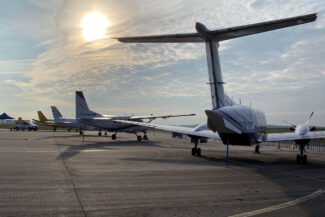 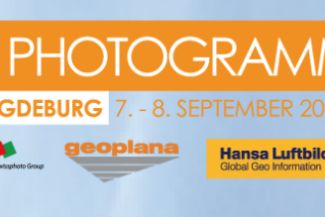 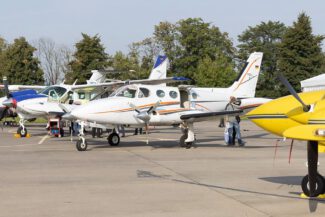 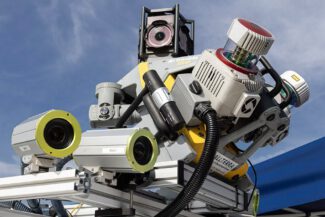 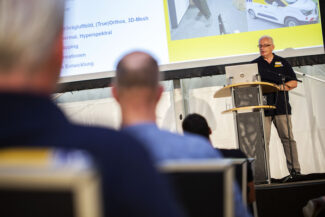 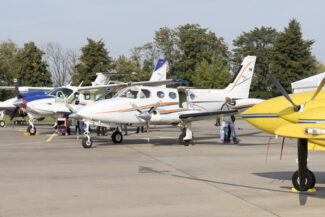 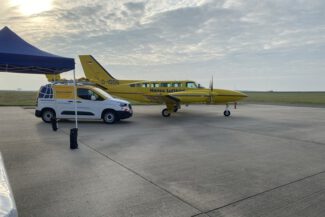